Working Towards a Jellyfish Exhibition 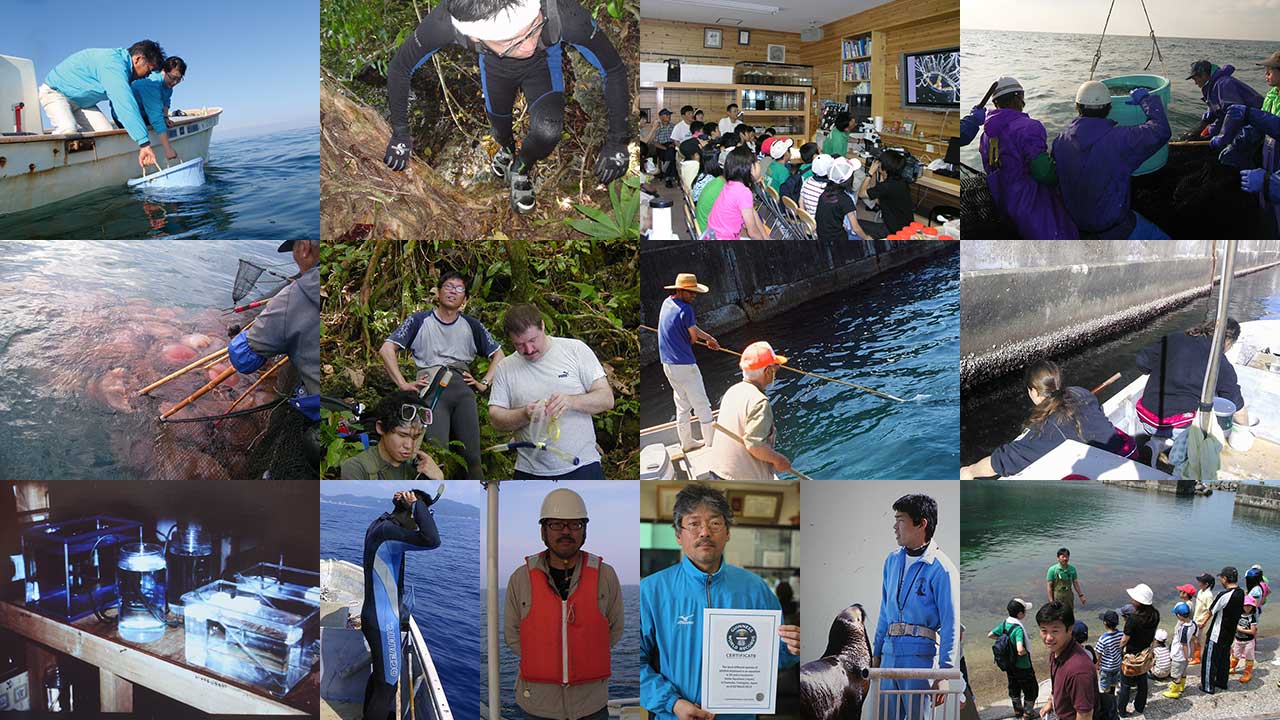 The Tsuruoka City Kamo Aquarium, reopened on June 1st, 2014, was also named the “Jellyfish Dome”; reflecting that it puts jellyfish as its foremost concept. What started as a fluke swam that appeared in the tropical coral tank in 1997, has grown to an exhibition containing more than 50 species by January 2015. I would now like to introduce the work put into the jellyfish exhibit at Kamo Aquarium.

Kamo Aquarium is at 38.76 degrees north and 139.72 degrees east, on the southern coast of the Touhoku (Northeastern) area of Japan. The ocean water temperature in the area varies from 6 to 26 degrees Celsius depending on the season. The aquarium owns a small research vessel in the nearby Imaizumi harbor, that can be used to gather jellyfish every day during times of high tide of less than 1 meter.

Jellyfish are creatures that attract many with their beauty. There is also something exciting about creating technologies and processes to breed and care for them. We would like to continue in becoming experts on the jellyfish in our small and ecologically friendly aquarium.