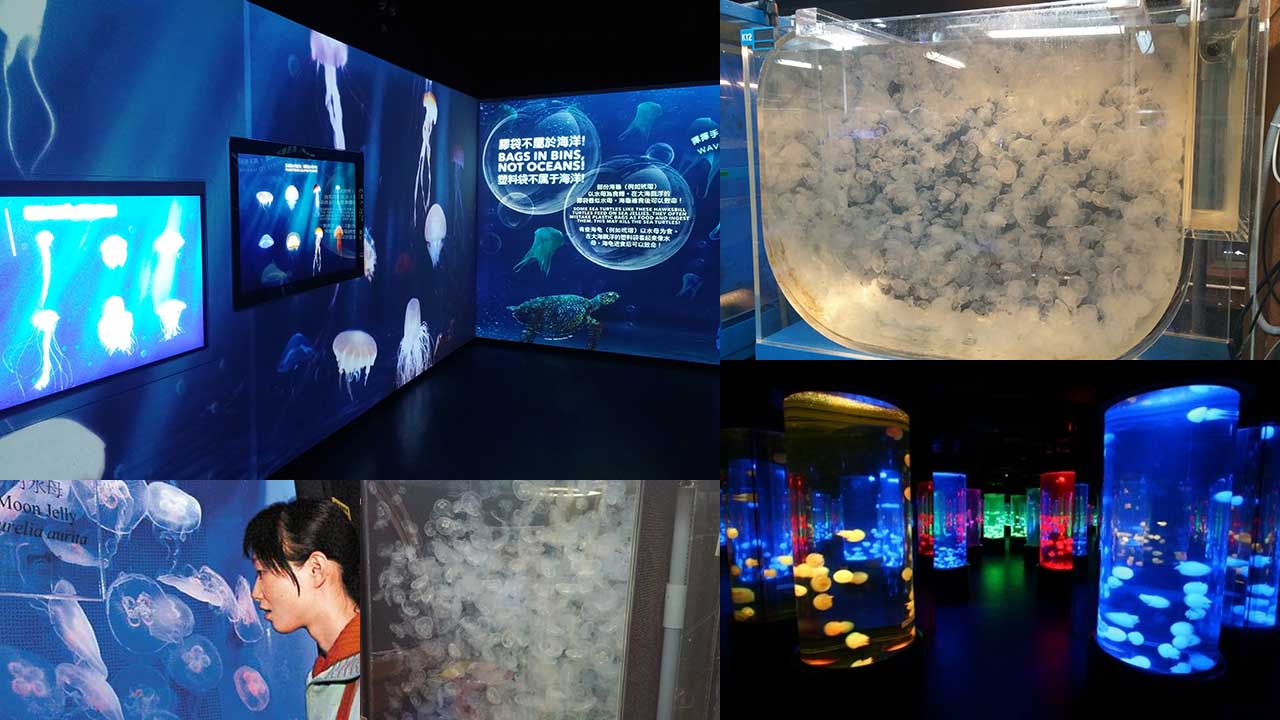 In April 2006, the first standalone sea jelly exhibit in South East Asia opened to public at Ocean Park Hong Kong. Began from the earliest sea jelly display tanks at the former Atoll Reef exhibit, followed by inspirations from many major aquariums around the world, our husbandry team, together with teams in Ocean Park from various professions, took the challenge to create, design, and develop the Sea Jelly Spectacular. The innovative design consists of 3,000 square feet viewing area is equipped with state-of-the-art theatrical lighting, multi-media sound and visual special effects. Mirror and dynamic LED light are used at moon jelly tank and cylindrical tanks, these give an infinity feel to visitors.

At the opening, the jellyfish in exhibits were mostly donated by overseas friendship aquariums. Through a number of trial and error, plus sharing of professional experience by other excellent aquariums, we improved in our jellyfish husbandry. In 2006, only 19% species of jellyfish were cultivated in-house; donation, purchase and wild collection account for the remaining 81% of our jellyfish. As of 2014, 85% species of jellyfish on display originated from in-house breeding.