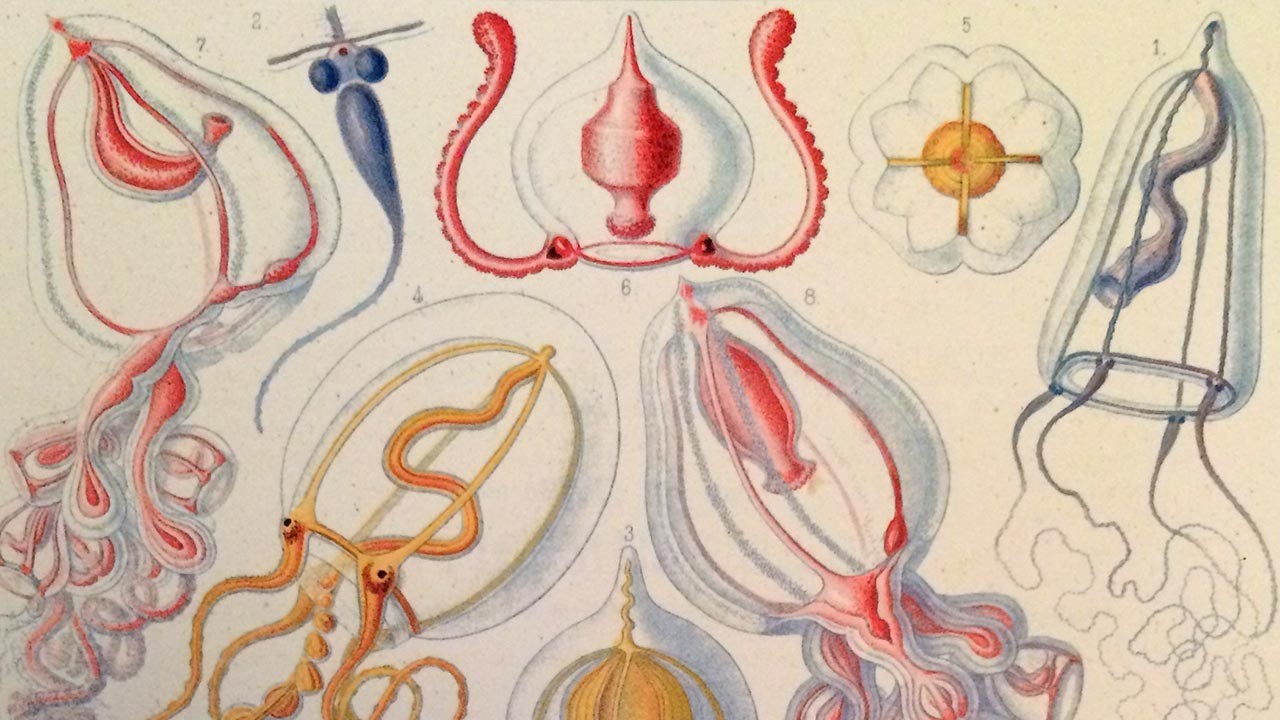 It has been over 45 years since the breeding and year-round exhibition of jellyfish has begun in aquariums. During this time, the exhibition of jellyfish has spread all over the world. The variety of species, size of the exhibits, and the growth of our husbandry abilities have been inspiring. In present day, jellyfish are an integral part of the allure of aquariums, and it is assumed that more aquariums around the world will introduce them into their exhibits in the future. Surprisingly most of the skills required for keeping and breeding jellyfish are self-taught, and most of the information cannot travel beyond the same facility.

In June of 2014, Kamo Aquarium reopened in a new building, with jellyfish being the main exhibits. Until recently, jellyfish were the secondary players in aquarium, but the size of the tanks dedicated to jellyfish and number of species on display proved that they can be the star players as well.

During this opening of the Kamo Aquarium its Director Tatsuo Murakami along with the Director of the Aquamarine Fukushima, Dr. Yoshitaka Abe and Dr. Jurgen Lange, Former Director of Berlin Zoo and Aquarium, had the idea for a gathering every two years, where jellyfish exhibitors from aquariums around the world can meet and inform one another.

Their idea became reality and in March 2015 altogether 42 jellyfish specialists from 10 different countries came to the Kamo Aquarium to participate at the 1st International Jellyfish Conference, which was organized by azc and hosted by the Kamo Aquarium.

It was the first time that such an exchange of knowledge and experience about the husbandry of jellyfish took place. Altogether 10 papers about the history of jellyfish husbandry, the different types of exhibitions in relation to the culture background on the different continents and genetic questions were presented. Even more important than the presentations was the personal exchange and contact of the specialists between each other. Perhaps they know each other by name, but they never met before.

At the end of the conference the host, the organizers and the participants, they all were satisfied about the results and the success of the 1st IJC. Therefore straight away, the Dalian LaoHu Tan Pole Aquarium invited for the 2nd IJC in 2017.

Besides it was decided that this website, which was originally created by azc only for the 1st IJC at the Kamo Aquarium should stay alive as a discussion platform for jellyfish specialists around the world. Besides this website will be also a lively link for the 2nd IJC at the Dalian LaoHu Tan Pole Aquarium in China.

The 1st International Jellyfish Conference at the Kamo Aquarium is finished, now azc is looking forward to see you all – and perhaps even some more – in Dalian in 2017 again.