“The History of Jellyfish Husbandry at the Monterey Bay Aquarium.” 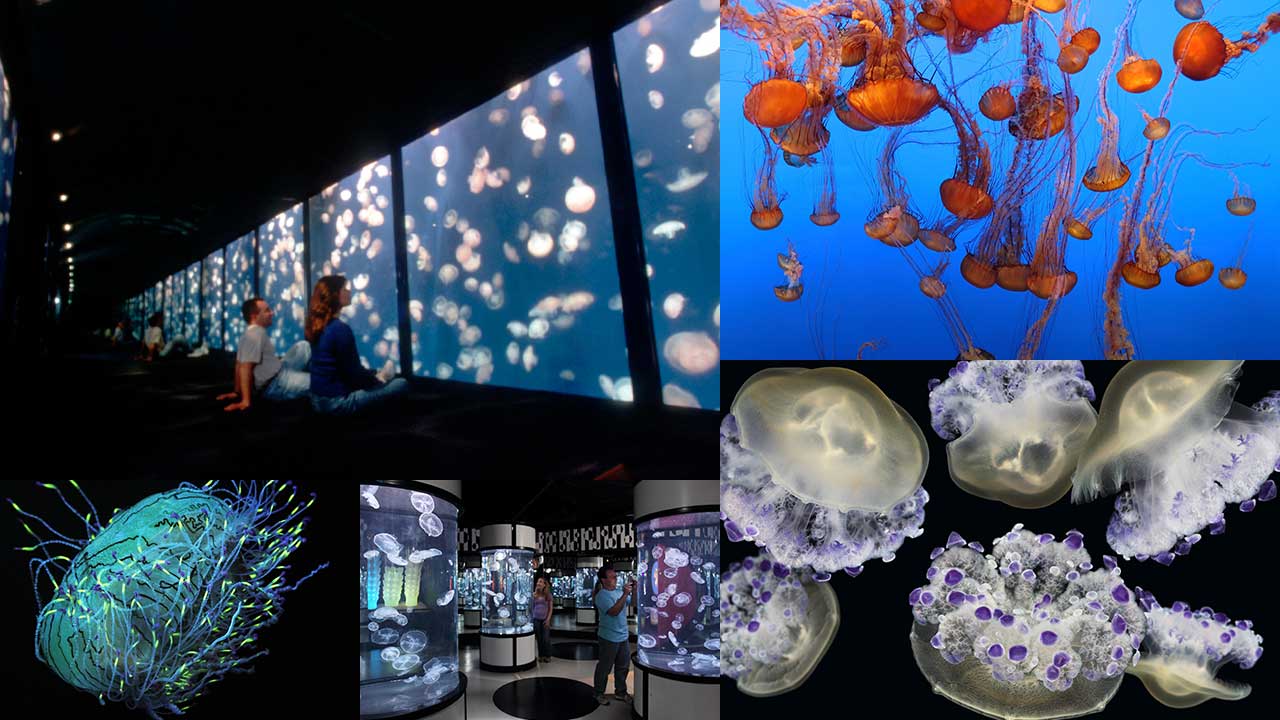 The Monterey Bay Aquarium has been exhibiting jellyfish since the mid-1980’s. We began by learning how to culture moon jellies from Mr. Yoshitaka Abe when he was at Ueno Zoo. Abe-san sent us our first Aurelia aurita polyps, and we used his tank design to build our first moon jelly exhibit. Since those early days, a number of passionate aquarists have sought to push the boundaries on which jellyfish we are able to keep and how we are able to present them to the public. We first exhibited jellyfish in temporary exhibitions, testing out not only our own ability to maintain a jellyfish gallery long term but also the public’s interest in these ill-known creatures. In 1996, we committed to a permanent jellyfish gallery. The construction of our Outer Bay Wing included the Drifters Gallery, where we display jellyfish species local to Monterey Bay and the California coast. Over the years, we have continued to work with tropical and other exotic species in our temporary exhibitions, including Jellies: Living Art and The Jellies Experience, in which we have experimented with new ways to culture and exhibit unique species. We also have been able to contribute to science by describing the lifecycles of several jellyfish species and even discovering a few new species in the Monterey Submarine Canyon. Our work has not been conducted in a vacuum, however, as we have collaborated with institutions in the United States, Japan, and around the world to expand our knowledge of jellyfish husbandry.