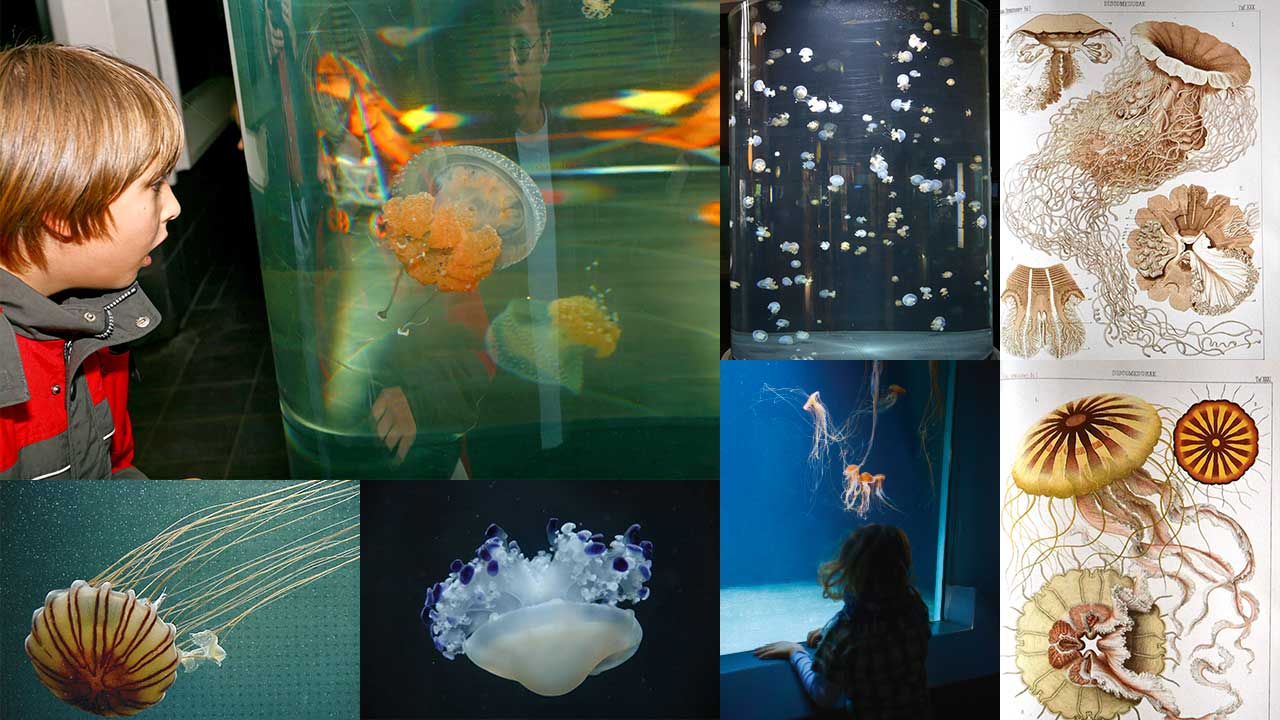 A short historical overview shows the importance of jellyfish for research, art and exhibition in Europe. The German zoologist Erich Haeckel initiated in the mid of the 19th century with his books and exact, but also artistic drawings his readers’ interest in jellyfish. The graceful beauty of jellyfish became so popular that pictures of jellyfish can be found as decoration elements in the Art Nouveau period. Also the Oceanographic Museum in Monaco used Haeckel’s drawings as pattern for the entrance doors, the chandeliers and other room decoration elements.

Instead of all this great interest in jellyfish, their husbandry was restricted only on aquariums at the coastline, which could replace the jellyfish in the tank permanently by fresh caught specimens from the sea. In 1932 the Berlin Aquarium was the first inland aquarium, which succeeded in the strobilation and in the rearing of Moon jellyfish. But this know-how was lost again and it needed more than another 30 years, until Yoshitaka Abe of the Ueno Aquarium succeeded in 1968 with the strobilation of Moon jellyfish and with their permanent exhibition.

After first successful attempts of the Dusseldorf Aquarium to use a small plankton kreisel for the husbandry of Moon jellyfish, the Monterey Bay Aquarium adopted in the 1980ies this idea and developed a new design for the kreisel. Now larger kreisels could be constructed and the jellyfish tanks became bigger and bigger. Today the husbandry of jellyfish is standard and an absolute must for almost every aquarium.