The Ephyra in the Loophole 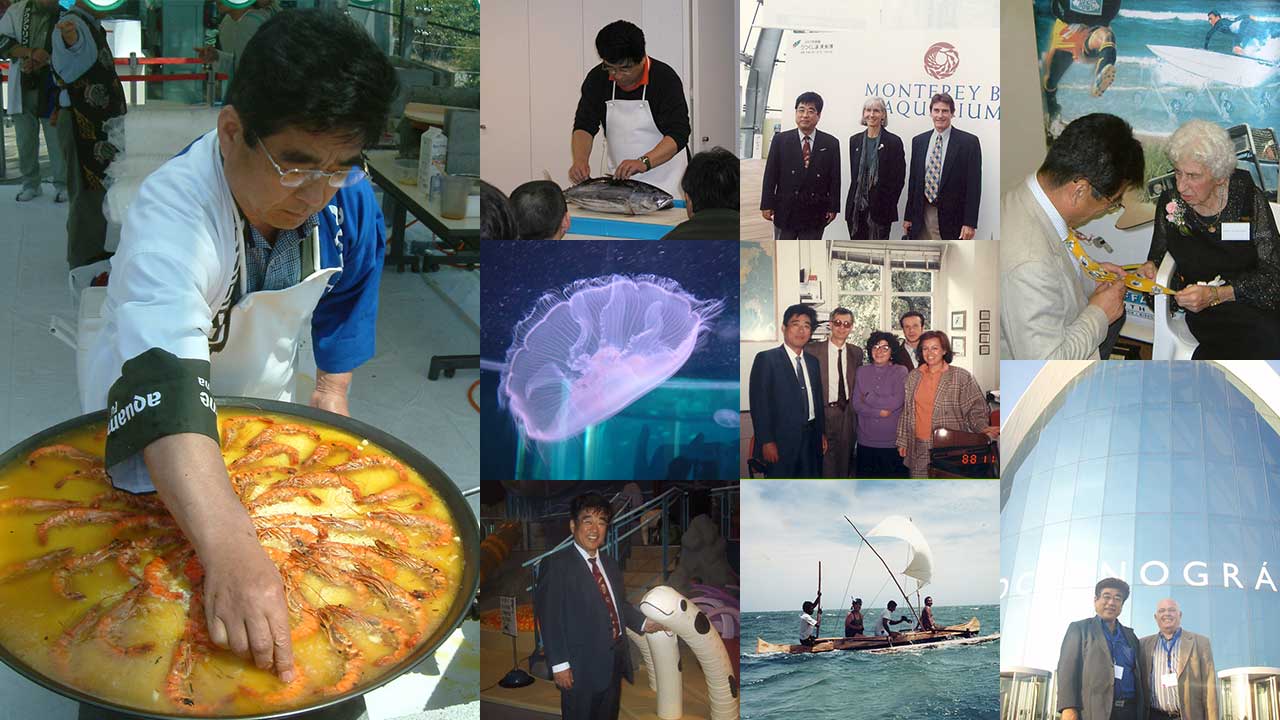 It happened after I experienced the Ueno Zoo’s Aquarium opening on October of 1964, when I had gotten used to the daily chores. I was in charge of the invertebrates on the 3rd floor. In the small and dark backstage area, there was a 30-by-30cm window shaped like a silver eye. The window was made mainly for show, but it was the perfect place to put a 30cm tank. During the fall of 1965, a creature I had never seen before appeared in the tank the silver eye. For someone with very little knowledge on marine biology, the creatures looked like aliens. When I reported my findings to Director Kuda, I learned that the shiny little creatures were the ephyra larvae of jellyfish. It seemed that they had tagged along in their polyp stage with the rocks that I had gotten from the ocean. I was mesmerized by the beauty of the dance0like movements of the ephyra in the window. At the same time, I also thought that it would be wonderful to have an exhibition about the metamorphosis of jellyfish that was commonly seen in textbooks.

We at Aquamarine Fukushima had at one point expanded our collection, but have currently been concentrating on this living art trend. Accordingly, we have put our jellyfish in environments that bring out their beauty. However, we also believe that the life cycle exhibit should always be integrated into this as well, as all of these exhibits began with the Efra in the Loophole.