Me and Kamo aquarium -Crawl up from the depths- 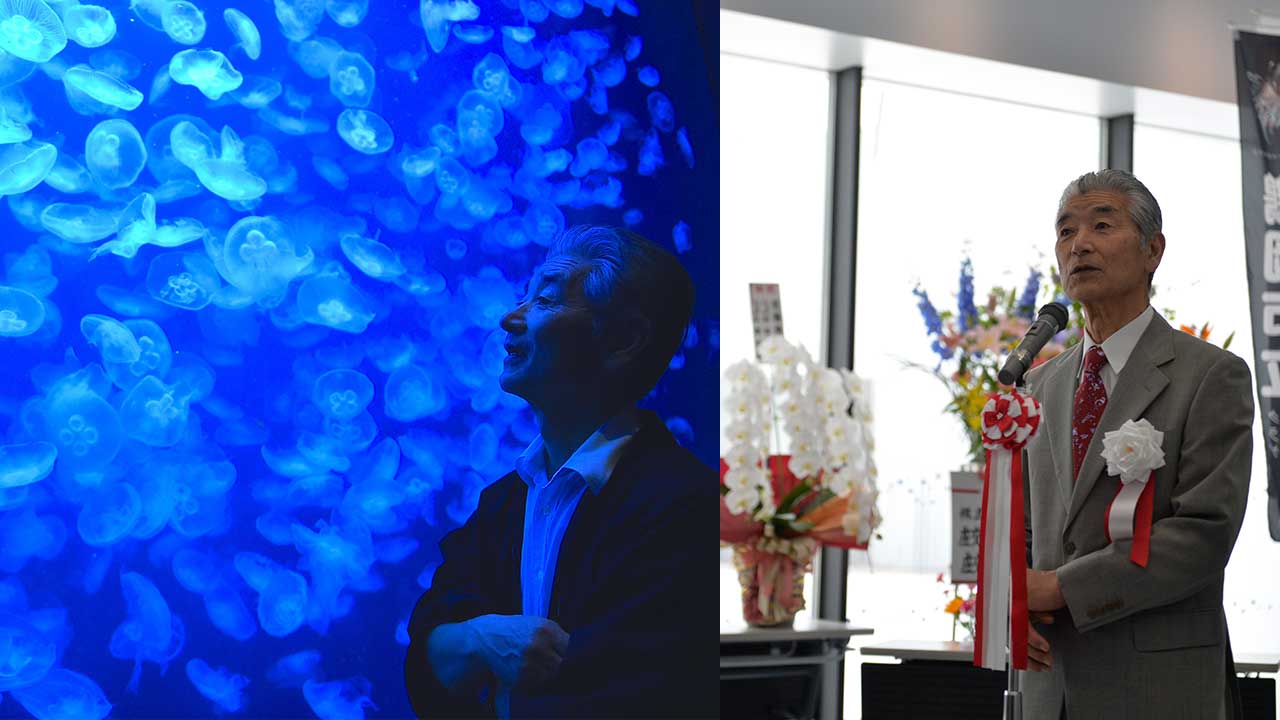 I would like to tell you why Kamo Aquarium has been reborn as a facility made specifically for the exhibition of jellyfish. During its long history, for better or worse the aquarium has been guided by what can only be explained as a destiny. In 1967, the aquarium’s 4th year, the aquarium was sold by Tsuruoka City to a private company. Since then the visitors were getting decreased and also, the most of the profits were taken away by the owner company. All of the financial issues of the aquarium were the responsibility of the director, and the aquarium’s bankruptcy would spell out his own demise. In 1994 we tried to bounce back by bringing in sea otters, but it have much of an effect, causing me to believe that the end of days was near.

By 1997, the aquarium had become quite run down, but the director did not give up and added two 75cm tanks for a live coral exhibit. In those tanks were some jellyfish babies (ephvra), and none of the staff members could identify them. The director found interest in the larvae and began feeding them. They grew into upside-down jellyfish (Cassiopea sp). Thus began the jellyfish exhibit in Kamo Aquarium.