Today most of the larger and well known aquariums keep jellyfish and have one or more species in their exhibition. Also the exchange of polyps and medusas between different aquariums all over the world is quite common today. But 30 years ago only aquariums along the coastline were able to show for some months jellyfish in their exhibition and they were always envied by their colleagues from the inland aquariums.
Since the modernization of the Berlin Aquarium in 1983 it was the aquarists’ fervent desire to keep jellyfish. But for us, working in an inland aquarium like Berlin – more than 300 km away from the coastline and at that time behind a great wall – it was only a dream.

In 1986 I visited together with our Aquarium curator some American aquariums. In the Monterey Bay Aquarium we saw a nice exhibition tank with Moon jellyfish. The colleagues of the MBA told us that it would be quite easy to keep Moon jellies and they offered us to take home some of their medusas. Of course this was not possible, because we continued our journey next day. But since this visit in Monterey it was our goal to keep sometimes in the not too far future jellyfish also in our Berlin Aquarium.

It needed another two years, before we had in 1988 the chance to catch Moon jellies (Aurelia aurita) in the harbor of Kiel city at the Baltic Sea. But in that time nobody in Germany had the experience and any idea how to transport live medusas. However we tried and succeeded.

Back in Berlin with the moon jellies, we started immediately to remodel one of our normal concrete fish tanks. Behind a perforated folio with a distance of 20cm to the tank walls the pipeline system was planted for the filtration as well as for the water current, which should keep the jellies always floating. After some minor corrections the system was working and after some time we found the first polyps on the walls of the tank. Now we changed from the pure exhibition to the husbandry and the breeding of jellyfish.

Because of this success we tried to get some other jellyfish species. But from where? So we contacted two scientists who worked on jellyfish at the universities in Kiel/Germany and Vienna/Austria. At least we received from Vienna University in 1993 a few polyps of the Barrel jellyfish (Rhizostoma pulmo) and of the Fried-egg jellyfish (Cotylorhiza tuberculata), which were originally collected in the Adriatic Sea/Mediterranean Sea.

Receiving these polyps we were instructed that the Cotylorhiza polyps are very delicate to keep and difficult to strobilate, because their zooxanthelles are important for the growth of the medusa. They again require not only a special temperature, but also a special light intensity and spectral color.

We succeeded with the strobilation, but the tiny medusas looked quite different to a Cotylorhiza, which we know only by photos in books. Therefore we changed the temperature as well as the quality of light, but the medusa grew up not to Cotylorhiza, but definitely to a perfect different, unknown species. Now we sent photos of this “new” jellyfish for determination to some jellyfish specialists. They determined this jellyfish as Mastigias roseus. Another some years later, this jellyfish could be determined as the White-spotted jellyfish (Phyllorhiza punctata), which is found in the West Pacific around Australia.

Therefore we recommended all jellyfish keepers, who were trained in our Berlin Aquarium, to start at home in their own aquarium with the husbandry of Phyllorhiza punctata and not with the Moon jelly. Therefore we sent during the last 20 years this species to many other aquariums in the world also to Japan. But almost nobody knows that this attractive jellyfish came originally only by mistake in our aquariums. 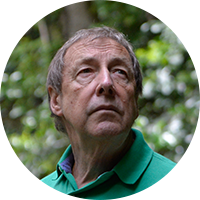