The Kujukushima Aquarium is located within Saikai National Park in north west of Nagasaki Prefecture.

In 1955, Saikai National Park was established as 18th national park in Japan.

The characteristic of the coastal line of Kujukushima area is the ria coast.

Kujukushima contains 208 islands and the density of islands is one of the highest in Japan.

Those islands have been sustaining primitive nature, so the great diversity of organisms inhabit in the area.

The kujukusima aquarium has been conducting research about occurrence of jelly fish as well as fish, insects, seaweeds and other organisms.

From our research, we found many of endangered species in Japan inhabit in the Kujukushima, including horseshoe crabs. 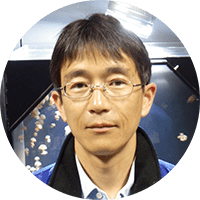