The director Tatsuo Murakami gathers the staff in front of the giant tank as if to say, “I did it!” He has served as director of an aquarium for the longest time in the world, and that record is still going. There are rumors that the city has asked for his resignation, but the staff, citizens and related parties from around the world know that the Kamo Aquarium cannot function without the director.

Twenty years ago, no other than director Murakami started keeping jellyfish all year round, without any prior experience. After clearing many obstacles, the Kamo Aquarium has become the best jellyfish aquarium in the world in both name and substance. It is harder now to find someone who does not know about the small aquarium standing on the rice patties of Yamagata’s Shonai coast. However, at one time there had been so few visitors that they had nearly been driven to bankruptcy. At that time, director Murakami did not give up and used money from his own pocket to keep the aquarium going. Inspired, the staff spent 20 years on breeding jellyfish exclusively and succeeded, and under Director Tatsuo Murakami’s leadership gained a slow but steady following. And because of the support of their fans from within and outside of Japan, as well as those involved, their ability became concrete. The old building filled with memories was reluctantly closed in November 2013 and the all new building will be opened on the aquarium’s 50th anniversary. The main attraction of the new building is definitely the giant jellyfish tank measuring in at 5m in diameter. This tank can only be described as a masterpiece. It is a fantastic place worthy of the name Jellyfish Dream Dome. All visitors for arrive will not be able to resist stopping in front of the wonderful floating air that the jellyfish posses, and will be left in awe. There were many obstacles in making this tank that went unknown to the public. The first and formost was to breed a large amount of Moon Jellyfish for the tank. Another important job was to keep the water quality in check. There were many failures, but the staff continued their trial and error technique and were able to reveal the tank to all of their fans from around the world. The co-director Okuizumi, who put his sweat and tears into the aquarium for so many years has said, “We have already started on a new idea. This time, we plan to make a doughnut-shaped jellyfish aquarium.” “We walk a new road with director Murakami as leader, so we have no real worries,” he said with resolve. We cannot afford to take our eyes off of the ever-evolving Kamo Aquarium.

During the old building’s era at the Kamo Aquarium, the “Kuranetarium” (Jellyfishium) exhibit took the world by storm. There were many types of jellyfish such as; ones that eat jellyfish, cannot die, or became well known from Professor Motomura receiving a Nobel Prize. Because of the overwhelming amount of variety of the jellies and their bizzare and wonderful ways of life, people from all around the world began paying attention. This exhibition has gotten even more buffed up at the new building! There are now over 50 types on display. The new Jellyfish Lab and jellyfish show, are also something that you can’t afford to miss. 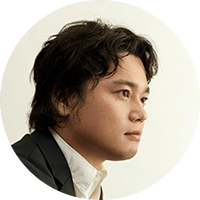